During the past months of 2019, the LED screen industry had a stable increase. The increasing point is mainly to focus on small-pitch LED screens, shaped LED screens, and other functional LED screens. And in the next few years, these kinds of scr

eens will have a qualitative leap! Especially the small-pitch LED, it’s a very potential area. 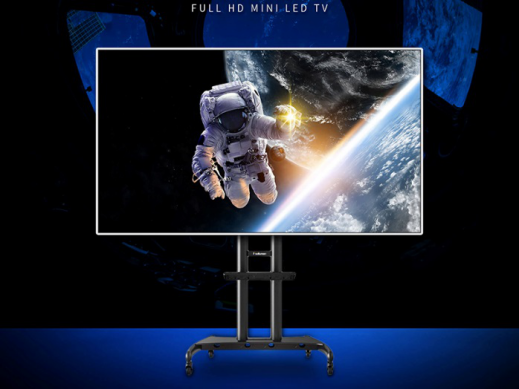 As the pixel pitch of LED screens becomes smaller and smaller, it also means this kind of LED screens can realize a higher resolution in a small size, which allows you to splice 4K/8K screens easily.

The smallest pixel pitch of Esdlumen in the market is 0.9mm currently. And according to predictions, it will reach 0.6mm in the next 1 to 2 years. Nowadays, the biggest problem of small-pitch LED scre

en is the high cost. Whether this kind of screens can be popularized depends on if it can reduce the cost when it reaches a smaller pixel pitch.

In the past, the LED screens often are used in commercial areas, such as retail, exhibition, business, education, security and so on. But because of the appearance of small-pitch LED screen, it makes the house-using of the LED screen become possible. Nowadays, you can also see some LED TV products appear on the market.Shaped screens and functional screens are the other two fields that have great development potential. These will be mainly reflected in people’s visual experience and interaction. Due to the rap

Your message has been sent. Thank you!
Oops! Something went wrong please refresh the page and try again.